Working towards an ending . . .

I've been writing the rest of Moira and Dylan's story (introduced in Standing Stones) for about a year now, using many strategies to draft (freewriting, outlining, scaffolding, hero's journey). I'm happy about the overall progress (about 80% done with the first draft), as both Moira and Dylan face nicely dramatic challenges.

Yet, I don't yet know how this story ends. 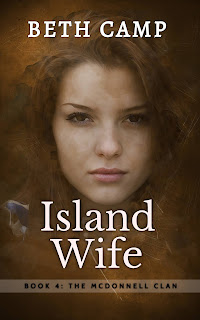 I've got the cover. I know my characters, their conflicts, and the resolution -- at least the inner resolution.

The historical backstory is relatively clear. Many people left Ireland for Scotland and the rest of Europe in the wake of waves of cholera epidemics, well before the potato famine that led to the Clearances in the 1840s.

When people left Ireland for Scotland, they encountered quite a bit of prejudice. Called 'Irishers,' these people, many of them Catholic, already vulnerable, scrabbled to make a living, even when they had good skills.

Did they have a reason to stay? The first waves of Irish immigrants to the United States tended to settle in the Northeast. Here's a snippet from the Library of Congress:

These Irish had to pay steerage, so those who immigrated were not the poorest, but they tended to be from rural areas. Where did they settle? As they got off the boats that brought them to this new land, they tended to stay where they landed. Were there jobs? Not so easily found. So they shared housing and resources where they could, living in overcrowded tenements and saving money to bring their families from the homeland to their new home.

This sketchy background doesn't sound like a 'happy ever after' ending for Moira and Dylan. It sounds like 'from the frying pan into the fire.'
Here's where I'm stuck. Does Moira and Dylan's story end with the dream of a new life in America -- or the reality?
Readers and writers, please feel free to give me your opinion! 2021 has been tough enough without me getting stuck on this ending! Thank you!
Posted by Beth Camp at 7:16 PM