Even as I work on plotting and character sketches (without writing a single scene!), starting this new story, The Seventh Tapestry, is fun.

Today you'll find some possible scenes around Edinburgh that just might appear in my new story.

In 2009, as part of researching Standing Stones, Allen and I spent a month in Edinburgh. How we loved the view from the stop of Arthur's Seat, looking back over Edinburgh. Arthur's Seat, a very popular site for hiking and rock climbing, was rumored to be the site of King Arthur's Camelot or perhaps that place where a dragon once landed for a nap and never woke up.

Would Sandra (as we did) meander the afternoon away, sidestepping those who climb the sometimes treacherous rocks of what was once, millions of years ago, a volcano. Would she discover the ruins of St. Anthony's Chapel?

Perhaps she would follow the trail down the back side of Arthur's Seat, to a small lake, complete with geese.


The Seventh Tapestry jumps ahead to the 21st Century, so these photos I took visiting Scotland nearly ten years ago, inspire me to think about the neighborhoods we visited and what Sandra Robertson might see and do where we once walked.

In the next few blog posts, you'll find other neighborhoods we explored, including Holyrood Palace/Abbey, Lawnmarket, and New Town. If you've visited Edinburgh, what was your favorite place and why?

March IWSG: On Celebrating the Writing 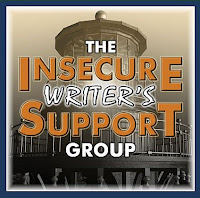 After three years of research and writing, and another half a year spent in deep revision, my latest novel is complete and published. In Rivers of Stone, my intrepid heroine, disguised as a boy, treks across 19th Century Canada during the fur trading era on a quest to find her husband.

I can't say we exactly celebrated this achievement because we were too busy packing our suitcases.

On January 8, we dashed off to the Yucatan and the beautiful, quiet colonial town of Merida to escape winter snow. After seven weeks in Mexico, somehow between visiting Mayan ruins, exploring Yucatecan cuisine, and bird-watching flamingos, my next writing project emerged.

I'm excited because so much of this project is new. I've got a title, The Seventh Tapestry, a blurb, a draft cover, an expanded plot summary, and I'm beginning to work on character sketches. The work seems to go slowly because my normal process is more intuitive, rather like a flea jumping from scene to scene instead of working up a more formal plot summary. But inspired by Randy Ingermanson's Snowflake method, my characters are starting to breathe. They have their own quirks.

After writing three novels set in mid-19th Century, this new project is taking me in totally different directions. I wanted to work on a lighter story, something contemporary, maybe easier to write, more entertaining, and with that elusive happy-ever-after ending. Now the story is pulling together exotic locales (Edinburgh and Paris), characters who are risk takers but still willing to fall in love, and the plot plays out against the backdrop of antiquities sold illegally on the black market. At odd moments, I wonder: "Can I do justice to this story?"

This month's ISWG question asks, "How do you celebrate completing a story?" Don't we all have those moments of sheer joy, that sense of accomplishment as we hit each deadline and cross each benchmark?

As an indie writer, after the writing and revision is complete, I need to identify those action steps that lead to successful publishing and marketing the finished novel. That 'first blush' celebratory moment doesn't last very long. If I'm lucky, it transforms to an underlying sense that all is well. I move on to the next story, hopefully keeping all else in balance.

May the month be a good one for you.

Thanks to Alex Cavanaugh and to those stalwart assistants -- Mary Aalgaard, Bish Denham, Jennifer Hawes, Diane Burton, and Gwen Gardner -- for facilitating this month's Insecure Writer's Support Group! keep writing. Or, at the least, planning that next story.
Posted by Beth Camp at 9:26 PM No comments: