Friday: A Hint of Winter to Come

With Section 01 behind me, I'm currently at about 8K words towards my goal of 30K for this section. I’m building those scenes that heighten romantic tension between Sandra and Neil, while the plot thickens with mystery over stolen museum artifacts. This section is the notorious middle, where if all is not carefully plotted out, we writers dread a slump.

Here in eastern Washington, the weather already has that nip of winter, and I know snow is coming. Now I realize that I haven’t set the time of year for any part of my story. Ouch! For Edinburgh has a long, cold, and rainy winter, with occasional snow in January and February.

Is it too much of a cliché for Sandra and Neil to meet in the fall, face their darkest threats in winter, and reconcile for that happy-ever-after by spring, the season of hope?


Each month begins with an invitation to share our reflections with other writers who are a part of the Insecure Writer's Support Group. We post our musings and read what others have written. Sometimes we are challenged and sometimes we find encouragement by what we find. 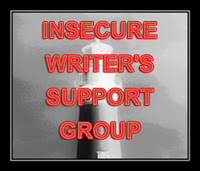 Each month IWSG posts an optional question. This month, the questions are: How do major life events affect your writing? Has writing ever helped you through something?

I keep thinking about national events that hover, not always in the background, as I write. The Kavanaugh/Ford hearings, waiting for the FBI report, that sense the vote will move ahead regardless of what is discovered, the news about the children, illegal immigrants, some 4,000 shunted to tent cities in southern Texas, global warming, tsunamis, the gradual rise of the oceans, the 'tribalism' that shapes our politics -- all these are not quite background.

I write historical fiction, stuck somehow in mid-19th Century, and through research and intuition, try to re-create what life was like then for those who don't make the headlines. My writing keeps me focused. More observant. Maybe even hopeful about the future, for don't we survive somehow?


My thoughts are darker this month. All I can offer is an affirmation that writing on large or small projects keeps us connected to our own creativity, to the unique promise of each day, even as the seasons shift to fall, and, perhaps, through groups like the Insecure Writer's Support Group, we gain that precious sense of community.

Thank you, co-hosts for the October 3 posting: Dolorah, Tanya Miranda, Chemist Ken, and Christopher D. Votey. Now, go check out what others have written over at the Insecure Writer's Support Group!

Email ThisBlogThis!Share to TwitterShare to FacebookShare to Pinterest
Labels: IWSG

This morning at water aerobics, a classmate asked me about my latest book, Rivers of Stone. He was intrigued by its setting in 1840's Canada. He didn't know when his family came to Canada or how they moved to the United States. I immediately thought perhaps he might be part Métis and asked if he had taken a DNA test to determine his family heritage. He told me yes, and that he was strictly a mix of European and Croatian. The mystery of his family's movement from Europe to Canada remains.

My own family told tales of Cheyenne ancestry from that time my grandmother was born in Oklahoma Territory at Fort Reno, in the late 1800's. Sad to say, a DNA test revealed my roots are Swedish, English, and Irish (49%), with a mish-mash of European (18%), and a smidge (4%) of Neanderthal to keep the results interesting.

But I have always been drawn to Native American cultures. Their history is one of upheaval and displacement. Yet the people remain rooted in their beliefs, not the least being we are stewards of the earth and should strive to live in balance with all creatures, including nature itself.

What does this have to do with writing? When we write outside our own experience, intuition and research guide us. My hope is that when I do write about Native Americans, my characters are drawn with respect. Here's a snippet from Rivers of Stone. Machk, a Cree, takes Catriona to see the polar bears hunt on Hudson's Bay in November, 1842.

Before them, about one hundred yards out on the ice-packed bay, a ring-necked seal rested next to a small patch of open water. Some fifty yards past the seal, an older, male polar bear, its fur golden in the morning sun, watched the seal with intensity.
"You watch. You learn," said Machk.
The polar bear slunk forward until his whole body was flat on the ice. He slid a little closer, slowly moving behind a chunk of ice. He raised his head for just a moment and then lowered it, as if he were testing the wind to smell if the seal had noticed him. The seal cast his head about, sniffing the air, but it didn't move.
Cat almost laughed as the polar bear slunk around the chunk of ice and entered the water without making a sound.
Machk pointed at the little space of open water between them and the seal.

The rest of this scene plays out in Rivers of Stone. I'm not sure I would or even could follow Machk out onto the ice of Hudson's Bay in November where temperatures hover around 20F, but Catriona did, and she listened to Machk's teachings.