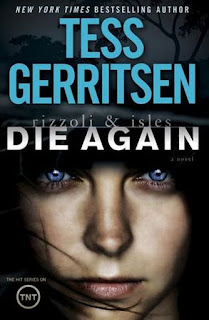 Sue suggested we build depth into our characters by thinking about four basic personality tests -- and recognizing the diversity of each individual. Tina followed by discussing four levels of character reaction -- physiological, physical, emotional, and mental.

Both ideas sent me back to an exercise I've been playing with for my suspense/thriller (a summer editing project), Mothers Don't Die.

EXERCISE: What can I learn about editing my opening from reading the first few pages of a highly rated suspense thriller? What really grabs me as a reader?

I chose Tess Gerritsen's Die Again because the cover was compelling, and I've enjoyed her stories in the past. Imagine that once-in-a-lifetime safari to Africa. What could possibly go wrong?

Gerritsen had my attention with the first page! Her narrator, on safari in Botswana, finds a leopard print just outside her tent. Gerritsen skillfully introduces her theme (predators), setting (deep in the wilds of Botswana), and 9 characters by page 7. I'm hooked, and I don't really know yet which character is primary.

Gerritsen easily sneaks in her narrator's discontent with her lover and her situation. Characters are deftly described so you know their physicality AND their emotional life, revealed through summary, action, and dialogue.

Conflict spills out everywhere, sorting out which characters are alpha male/female, and all the characters are bundles of emotion as they feel their way into this new, potentially very dangerous situation: Doubt, irritation, fear, anger, frustration, and contempt.

Perhaps one among this group of untried tourists is a predator.

According to Julie Beck, in her article "New Research Says There Are Only Four Emotions" (The Atlantic): "Conventional scientific wisdom recognizes six "classic" emotions: happy, surprised, afraid, disgusted, angry, and sad." But studies conflate four of these emotions to two: surprise/fear (eyes wide open to gather information), and anger/disgust (nose primary to avoid breathing in pathogens). These older emotional/physical reactions are driven by our survival instinct, what Beck calls "early biologic" rather than social. Interesting.

NOW to return to editing that first chapter in Mothers Don't Die:
After doing a little more online reading about emotion (and how do readers connect to our stories except as our stories appeal to their emotions?), I'm realizing that writers do reveal their own emotional experiences through their writing, regardless of setting. Yes, we do tend to write what we know. And we may face curious blocks in expressing a full range of emotion.

So how do we develop fuller characters? Perhaps by investigating models of emotions and thinking about our characters, their inner emotional life, their needs, their motivation, and their behavior. Psychology again! And we can read writers we admire to peek behind the curtain, perhaps to discern how others create a compelling story. Die Again is not an easy read, but I think Gerritsen has the reader by the throat! Now, back to my own editing . . .

Read more about Die Again by Tess Gerritsen at Amazon.
Julie Beck's article on emotion is at The Atlantic.

The new month begins with temperatures in the 90's for the next ten days. Summer reading? I've just begun Alex J. Cavanaugh's The Insecure Writer's Support Group Guide to Publishing and Beyond, a collection of short, motivational essays on writing, publishing, and marketing, currently free on Amazon.

Already, I feel welcomed with advice from writers in this anthology of short shorts. The most important advice for me just now is very simple:
Commit to writing 30 minutes EVERY DAY.

Theresa Milstein in "Make Room for Writing," points out that we will NEVER have enough time for our writing. She notes: "Critiquing, reading for research, and blogging do NOT count."

How many times, even in my current short-term editing of Mothers Don't Die, have I clicked away from writing to check out just one more bit of background? Just this morning I stopped writing to find out the difference between shifts that police work in large cities and rural areas. I discovered different hours, job duties, vocabulary, and a very different culture. Useful? Yes. Writing? No.

So Milstein's advice to write for 30 minutes every day is just what I needed to hear. 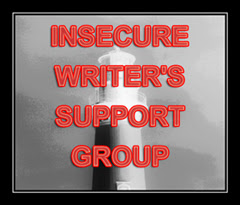 Now the Insecure Writer's Support Group is an actual blog hop where participants post the first Wednesday of the month. This is my first time jumping into this group. Their website has many resources for writers.

Can't wait to read what others have posted! And if you are writing this hot summer, join in and write on!